Read my review of issue #1 here!

While the first issue was all about introducing the main character, Nicholas, and setting up the rivalry with Seiji, this second issue felt more like a full dive into the world we’re going to be part of for the rest of the comic. I felt like this kind of pacing was perfect for me, because once I get to know the main character and what he stands to lose or gain by achieving his dreams, I am ready to be given more information and I enjoy looking at the tiny but significant details that this comic offers.

And there is really a lot that this issue told us, directly or not. Let me go on a little tangent and say that after this I am truly, 100% convinced that Pacat’s style is absolutely perfect for the comic format. The uniqueness of her writing style in novel format has always been the ability of conveying information in indirect ways, and letting the reader do the math to come up with their own conclusion. This was especially true in Captive Prince, which of course it’s told in a novel format, but it’s plain that the same is happening in Fence, and I couldn’t be more pleased.

*some minor spoilers, don’t read if you want to go in blind*

In #1 we found out that Nicholas and Seiji will be roommates at Kings Row, and in #2 we see how they handle it. Which is: not well. The first part is so funny I literally almost choked on the tea I was drinking lol?? Anyway, we also see how eager and excited Nicholas is to finally be at a proper fencing school, even though Kings Row is far from being an excellence. 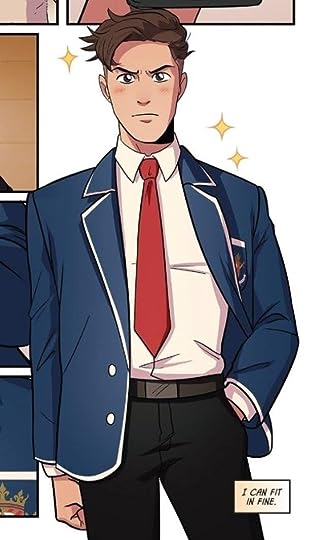 Just like that, you don’t only care about Nicholas’s personal journey, but you also care about the school in itself and you want the fencing team to do well. After all, what’s a good ol’ sports comic if you don’t root for the underdog? 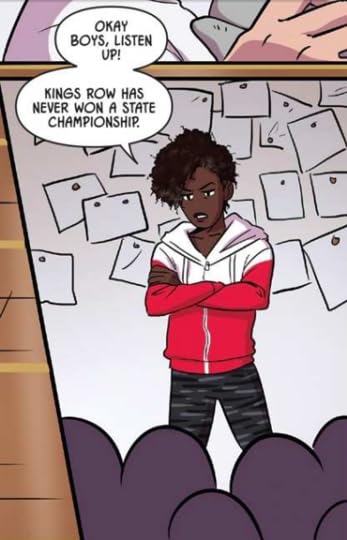 A lot of characters were introduced and I love every single one of them. We have Harvard, the team captain, Bobby who is simply too cute to be real (yes I know he’s not real, chill), Eugene the jock, Aiden who is too goddamn handsome for his own good (and for Harvard’s), along with the three Bons (lol) and coach Williams (I love her so much, she’s so sly lmao).

Something perhaps more important we get to see here in terms of representation is how casually non-heteronormative the setting of this comic is. There’s no fragile masculinity, no batting an eye if a guy is wearing his hair in a bow and his uniform involves a skirt, and casual flirting and complimenting between schoolmates.

*RANDOM RANTY SPOILERS OF THINGS I LOVED FROM HERE ON*

– Harvard is such a sly asshole I love him

– “I AM NOT SOME FENCER. MY NAME IS NICHOLAS COX AND I’M GOING TO MAKE YOU REMEMBER IT”

– that height difference tho 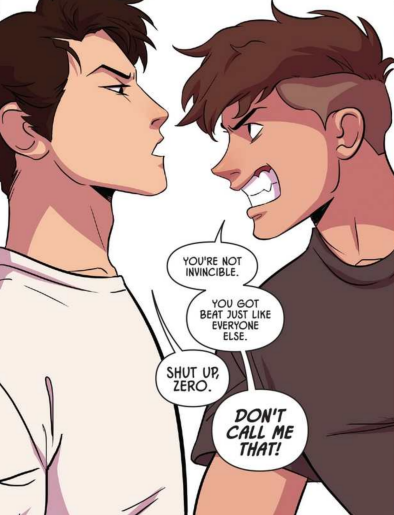 – THE LINE BETWEEN THE BEDS LMAO THEY’RE SO DAMN CHILDISH

– EUGENE IS A JERK

– NICHOLAS BEING SUCH A SMOOTH FLIRTER??? everyone is gonna fall in love with him within a week

– Tanner and Kally are the established couple we deserve

– I KNEW IT WAS JESSE WHO BEAT SEIJI FGDHHLDH

– I wanna meet the twins

– okay but I care so much about all of them so can we like, idk, change the rules of fencing so that everyone can make the team????????? thx

Have you read Fence #2? If so, did you like it? Are you tired of me talking about it? Let me know in the comments 😀

One thought on “Comic review: Fence #2”