Summary: A collection of autobiographical poetry about healing and learning to love again from professional-wrestler-turned-poet, Cyrus Parker.

The first half of DROPKICKromance focuses on a toxic, long-distance relationship the author was involved in for several years, while the second half focuses on his current relationship with poet Amanda Lovelace. Ultimately, the collection tells about a profound journey of healing.

TW: abuse by a partner

This is a poetry debut I was highly anticipating and I wasn’t disappointed.

I don’t really know how to rate and especially how to review modern poetry other than by gut feeling, and this collection/memoir was so honest and raw that I couldn’t help but empathize with the author and what he went through. No matter who you are or what medium you use, it takes courage to open up as much as he did, especially when it comes to the first part of the collection.

The story begins while the author is in an abusive relationship with a woman and through his poems he describes all the phases they went through and how he was constantly made to feel like he was not enough and he still hoped that everything would fix itself. 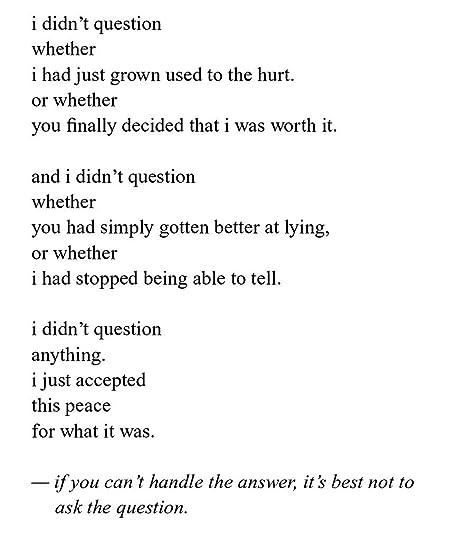 He clang to the happy moments and the promises that this woman made, he kept forgiving her for the things she did and putting up a strong facade for the rest of the world while he worked as a pro wrestler. 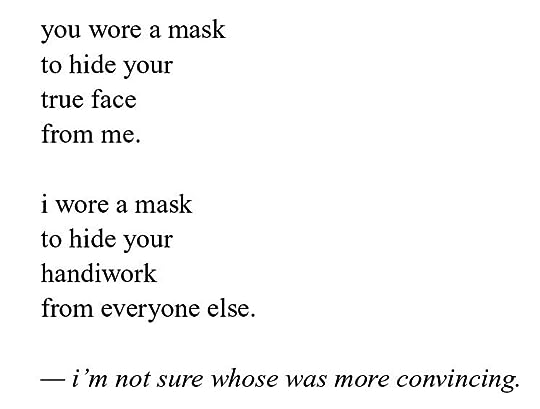 I also think at least part of the relationship (if not all) happened long-distance, and a few poems also touch on that aspect.

After many years he finally managed to leave her for good, and as with all relationships ending his world was completely changed, plus he came to fully realize how much this woman had abused him and his feelings. At some point during this fase, he met the now-poetess Amanda Lovelace and they fell in love, and the rest of the collection is about the initial part of their relationship. 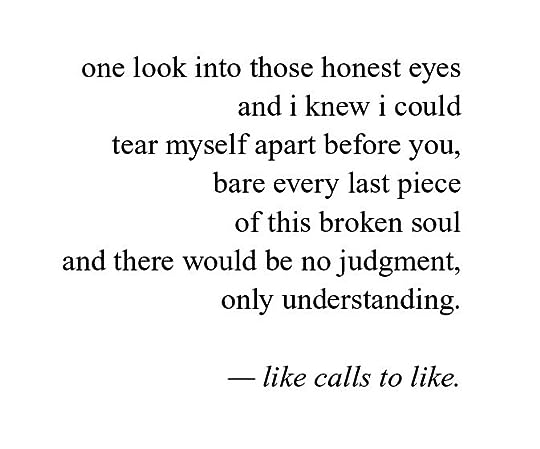 Reading this second part was cathartic because although it’s by no means says that “love fixes everything”, it does describe that, through a healthy relationship, they both managed to face their demons, together or on their own, but always supporting each other and being open about everything. 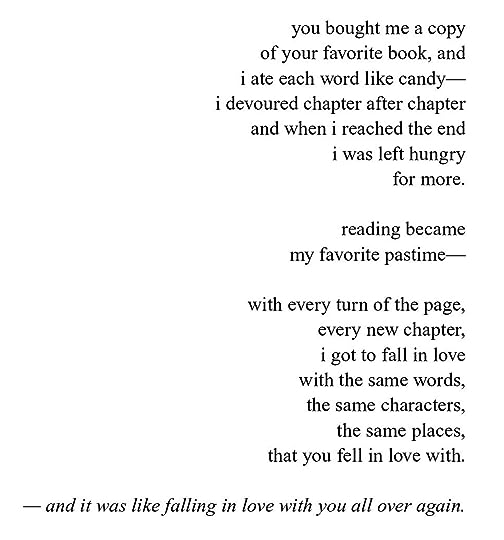 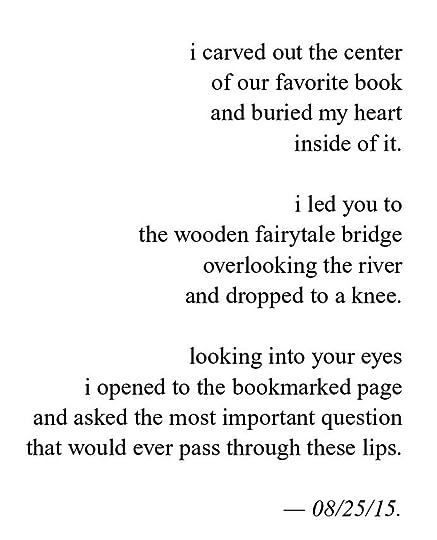 I don’t really want to judge the style of this kinds of poems because I feel like it’s not my place, besides I think they manage to get to the point and they’re powerful that way and more accessible to anyone. I did find that a few were a little too simple, but overall it was a great and honest collection.