I was sent this book as an advanced copy by the publisher via Edelweiss for reviewing purposes, but all opinions are my own. 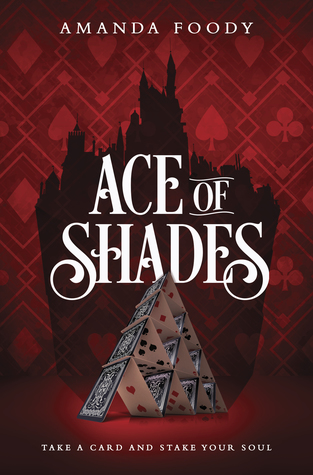 Summary: Welcome to the City of Sin, where casino families reign, gangs infest the streets…
and secrets hide in every shadow.

Enne Salta was raised as a proper young lady, and no lady would willingly visit New Reynes, the so-called City of Sin. But when her mother goes missing, Enne must leave her finishing school—and her reputation—behind to follow her mother’s trail to the city where no one survives uncorrupted.

Frightened and alone, her only lead is a name: Levi Glaisyer. Unfortunately, Levi is not the gentleman she expected—he’s a street lord and a con man. Levi is also only one payment away from cleaning up a rapidly unraveling investment scam, so he doesn’t have time to investigate a woman leading a dangerous double life. Enne’s offer of compensation, however, could be the solution to all his problems.

Their search for clues leads them through glamorous casinos, illicit cabarets and into the clutches of a ruthless mafia donna. As Enne unearths an impossible secret about her past, Levi’s enemies catch up to them, ensnaring him in a vicious execution game where the players always lose. To save him, Enne will need to surrender herself to the city…

And she’ll need to play. 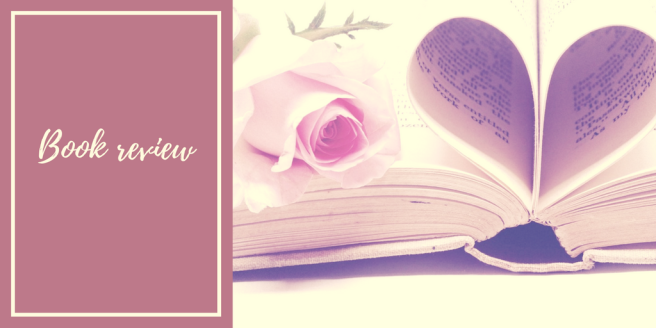 AAAAAAAAAAAAHHHHHHHHH this book was such a pleasant surprise!!! I haven’t read the author’s debut yet so I didn’t know what to expect, but now I’m looking forward to both continuing the series and keeping an eye out for whatever else she published (as well as reading DotBC).

The story takes place in New Reynes, a town split in two, and specifically almost all the events take place in the North side which is basically a crime den with different gangs and crime/mafia-like families.

The setting was really interesting because it combined modern elements (they have electriciy, a subway system, showers, cars…) with more traditional clothing (at least I pictured the clothes nineteenth-century-like) and traditions/history.

The town is still unstable because there’s been a revolution recently (about twenty or twenty-five years before the events of the book) and the monarchy has been overturned, the royal family killed (French revolution-y) and now in its stead there’s a Republic, of which New Reynes is the capital. However, after the fall of the monarchy, there were still many supporters that had to live in secrecy and write under pen names. This seems like random info but it’s actually really important to the plot.

In the North side of New Reynes corruption and crime prevail, and the territory is basically divided into three gangs: the Irons, the Scarhands and the Doves. That’s not all, because there’s also two casino/mafia families, the Augustines, whose boss is Vianca, and the Torrens.

Magic is also fully integrated in the worldbuilding, and I found the magic system very interesting. Basically, everyone is born with talents, and they can be split or “pure”. Your last name(s) are an indication of that, so for example if your last name is Salta, (one of) your talents is dancing. Some families’ talents are better/stronger, and talents aren’t only “normal” physical abilities like dancing or acrobatics but they are also magic, like fire or protection or blood gazing etc.

• Enne Abacus Salta comes to New Reynes to find her adoptive mother Lourdes Alfero, who has been missing for months. All she has is a handful of volts (which is the official currency) and a name: Levi Glaisyer. Her mother told her she should find him and he will protect her because he owes her a favor, but what Enne finds out is that Levi is not only a criminal but the Iron Lord.

Enne is a great heroine. She comes to New Reynes all scared, naive and and snobbish, and she’s thrown in the City of Sin where everything goes exactly how it shouldn’t have gone, and by the end of the book it’s hard to tell where is the line between who she has become and who she should have been all along. Her development was believable and it flowed smoothly, there wasn’t a moment where she was her old self and then suddenly the next moment she was someone else entirely.

She became who she had to be in her new surroundings and even when she saw her own world and morals and even her own self questioned, she didn’t let that blind her on her quest.

• Levi Glaisyer is the second main character (he and Enne have alternating POVs) and he is now one of my favorite male protagonists in YA. He’s like a softer Kaz Brekker and I say this in the best way possible. He takes great pride in being the Iron Lord and he genuinely cares for the kids in his gang and it breaks his heart when he can’t pay them appropriately. He is ambitious and I love how he repeatedly tells himself that he is meant for more. He dreams of being “king” but he’s broken and trapped and even though he keeps his poker face in front of the world, his internal monologue is extremely rich and he’s very in touch with his feelings.

He’s also black and bisexual (there aren’t labels for sexuality in this world but it’s pretty clear) and let me tell you how freaking happy it made me to see a male love interest in a YA fantasy who is canonically bisexual and shows attraction to both boys and girls on page.

– This first book really focused more on Enne and Levi and didn’t leave much space for other characters’ development, but I found that the others still had a good characterization and I believe it will only improve in the next installments. We have Jac which is Levi’s second and his friend; Reymondwho is the boss of the Scarhands and despite being in a different gang he’s also Levi’s friend of sorts; Lola who is introduced later in the book but promises to be a great character and, despite their initial differences, she and Enne are tentative friends (and I can’t wait to see more of this girl friendship).

There are several bad guys of different factions and importance, and they were as fleshed out as they could be in the first book of a trilogy where the POV characters don’t know all that much about them. I especially expect great things from Vianca, who is a truly unlikeable villain but also really interesting.

The plot revolves around the search for Enne’s mother, Lourdes. Enne and Levi meet early on and they both realize they need to stick together for different reasons. Levi helps Enne get a job but he unknowingly puts her in even more danger than she already is.

Levi is also in trouble himself and needs to get ten thousand volts within ten days, and the book opens on Day 1, progressing to Day 10. This is a minor detail that contributed to creating more suspense and it was also nice to keep track of how many days Enne had been in town, after how much time certain things happened, etc.

There were a few times were I didn’t see a twist coming, and I was always super engaged with the story and the characters. Maybe a few things were a little bit too convenient (but maybe they will be explained later on), but I personally don’t care that much about that and it also didn’t interfere with my enjoyment of the book.

Minors spoilers ahead I guess, so skip this section if you don’t want to know!

So, if this wasn’t obvious from the blurb, Enne and Levi catch feelings for each other. There’s no instalove and the way their relationship develops from “it’s actually really convenient for both of us if we stick together” to “well we’re both in deeper shit than we thought” to “you’re actually not so bad so I guess we’re kinda friends now” to “oh shit I have romantic feelings for you but I’m sure you don’t feel the same way” is believable and well written.

The double POV works well both for the actual plot and for the romance itself. THE PINING IS REAL, FOLKS, and I haven’t shipped a m/f couple this much in a while.

Also let me clarify that although Levi might seem like the “bad boy” type, he’s actually really good to Enne from the beginning. Sure, he teases her for her snobbery, but there’s never any actual abuse or anything unforgivable, and it’s pretty sad that I have to write this in a review but yes, let me make this absolutely clear for those of you wary of romance in YA: THIS IS A HEALTHY RELATIONSHIP.

Levi is black and bisexual. I remember at least one other very minor black character, and one important side character is gay.

Enne’s mother is never shown on page but is still a central character (the plot revolves around finding her) and they way they talk about her she seems to be genderqueer (uses she/her) and to be only attracted to women.

The book manages to be casually queer and it’s no big deal, and let me reiterate how important and how unseen it is in YA to have a male bisexual main character and love interest in a m/f ship. I personally can’t think of any example where this happens, but this is exactly the kind of casual queerness that I want to see in books.

Overall it’s safe to say that I absolutely loved this book. I hadn’t read YA fantasy like this in a while and it reminded me why I love the genre. I don’t even want to think about how long I still have to wait before I can read the next book, but in the meantime I can’t wait to start seeing more reviews of this.

22 thoughts on “ARC review: Ace of Shades by Amanda Foody”