I was sent this book as an advanced copy by the author for reviewing purposes, but all opinions are my own. 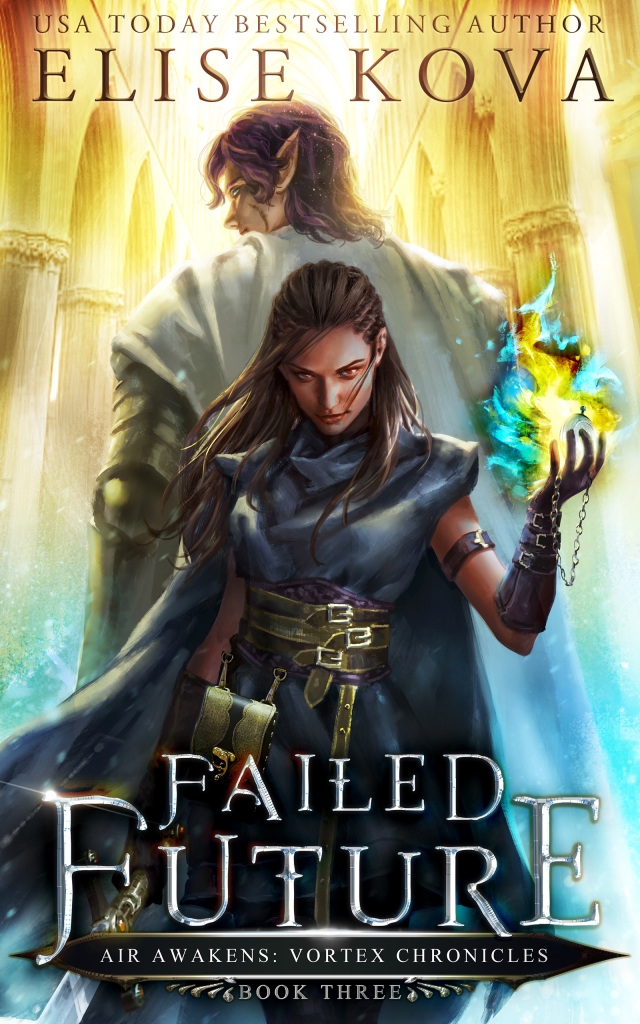 When worlds collide, and things are rarely what they seem, there may be no one Vi can trust.

Having forsaken her crown for a chance to save her family, and the world, Vi Solaris washes up on the shores of Meru. She’s wounded and barely alive. But Vi’s fight for survival is only just beginning.

As a princess in a foreign land, everyone is after her.

The pirate queen Adela wants to sell her to the evil elfin’ra. The Twilight King wants to use her to settle an old score. And, perhaps most dangerous, is the scheming Lord of the Faithful who sees her as an opportunity to further consolidate his power.

The only path for Vi is forward. But she doesn’t yet know if she’s running toward salvation… or a brutal end to everything she loves.

Vi’s journey continues with even more betrayal, romance, magic, and a twist you never saw coming that leaves readers begging for the next book.

Third books in long series are always a turning point and this one was as well, in more ways than one.

In the first half of the book there was a lot I liked. Kova’s ability to introduce new characters and make them interesting right off the bat is something that works really well at the beginning of new series or, in this case, when our main character is somewhere new and has to make new connections.

However, the rest of the book was a little boring to me despite the fact that it was rather fast paced, or maybe that’s why, since I enjoy a bit more focus on characters and relationships. But I might have honestly just not been in the mood for this, because I was also bored with Vi and Taavin’s relationship since it took more page time than the prequels. I did enjoy some moments of course and I was able to focus on the final 20 pages more than I did for the second half of the book.

And that brings me to the ending (no worries, no spoilers from me). I think what Kova did in this book is very brave and I’ll be able to fully process what happened in this book when I read the next, but it’s certainly taken a turn I’d have never seen coming. I’m still not entirely sure what it all means for the rest of the series and for our view of Air Awakens, but I’m very curious to see what will happen next.

Speaking of Air Awakens, I truly believe that while it’s not necessary to read it for the first two books of this series, there will be a lot of connections that are lost if you haven’t read the original series. Especially going into the next books, I fully recommend catching up with the first series if you haven’t done so already.