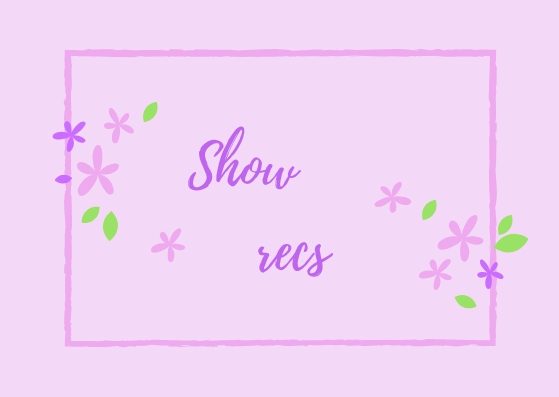 Like everyone else in self-isolation I have also found a new interest and that’s watching queer Thai shows. I had no idea there was such a huge variety of them available to watch legally online and for free with English subs.

Here I am reviewing two of them because I simply have so many feelings about them and I want everyone who’s looking for actual queer representation on a screen to know about the world of Thai dramas.

I by no means claim to be an expert, far from it since I’ve only watched a total of three shows as of the day when I’m posting this, I only want to talk about the ones I’ve watched and loved because it’s still always such big news whenever an explicitly queer show lands on Netflix but if you just look further there are so many other resources of queer entertainment.

Sotus follows the lives of first year engineering students as they navigate university life and cultivate friendships among each other and the seemingly callous third year seniors. Main characters are Kongpob, one of the juniors, and Arthit, head hazers of the third year students.

I find hazing culture incredibly alien to me here in Europe and I don’t know how it is in other parts of the world, where it exists and where it doesn’t, and while I knew it was highly exaggerated in this show for the sake of entertainment (sic), it still made me uncomfortable to watch. However I am really glad to have stuck with it because it’s much less present in the second half of the first season, and as Kongpob learns to appreciate its benefits the viewer does too, or at least kind of.

Another thing I wasn’t sure I would enjoy was the relationship between hazer and hazee (?), but I am too much of a sucker for a good enemies to lovers trope and I found this one overall well developed. I found that most of what I thought of as flaws were due to the show format (if compared with a book format, which might give more of an insight on the single characters’ minds) more than to the creators.

As the second part of the season is much less focused on hazing since the juniors pass the tests, it’s much more focused on interpersonal relationships and especially Kongpob and Arthit’s romance and them navigating their feelings for each other. While Arthit struggles a bit with the fact that he is falling for a guy at first, everyone is so supportive of him and Kongpob and it was so heartwarming to see queer relationships so normalized.

Sotus S is the second season and it takes place about two/three years after the end of Sotus. I think it was my first time watching a show about an established relationship, especially a queer one, and it was everything I never knew I needed!

Compared to Sotus it’s much less focused on the university aspect and instead follows Arthit, recently graduated, at his new job, where Kongpob eventually also lands an internship before his own graduation.

This season is an exploration of both an established relationship and the changes one has to go through in that delicate period after the end of university and the start of a career, and how this can affect your relationships. I liked this season so much because it was relatively low-stress while tackling some very real issues queer people face, even in an accepting society, like the fact that you’re always back in the closet whenever you find yourself in a new environment and have to choose when and if to come out.

These two seasons made me care so deeply for these characters, it’s only taken me three days to binge it all but I feel like they’ve been with me for so much longer and I have such a fond feeling for them, as well as nostalgia for the comfy atmosphere this show gave me (especially Sotus S).

To wrap things up there is a special episode of Our Skyy (episode n.5) that is all about Kongpob and Arthit’s relationship after the end of season 2. It’s highly unlikely that there will ever be a third season, but this episode manages to wrap things up in a very good way (even more than season two already did) and if you decide to watch this show you definitely can’t do without watching it. 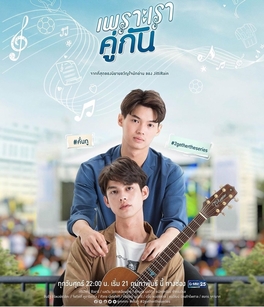 This is the first Thai show I’ve watched and it’s the only one of these that’s still ongoing as of now. It’s a really tropey fake-dating story about Sarawat, a musician-jock, and Tine, a male cheerleader. I said it’s tropey because this also follows the incredibly good romantic trope of seemingly stoic but deeply besotted gay character who falls for the oblivious bisexual (who thinks he’s straight) with a heart of gold and very few brain cells.

I personally think this premise is reason enough to want to start it right away, but I’ll also say I really like the way the acting is much more natural than in Sotus. It does have more exaggerated and over the top moments and situations, but the overall effect is something that feels as real as all the fake dating fanfiction you’ve read and imagined in your head.

It also has a bunch of other queer characters and it follows their story as well. Basically it’s all a big gay mess and I’m obsessed. I only have less to say about this compared to Sotus because I think the premise should be enough and I don’t want to give too much away. This is very much a show you should just experience for yourself, it has so many genuine laugh-out-loud moments and so many heartfelt scenes and it’s going to capture your heart. I’ve personally already rewatched it three times and am impatiently waiting for each new episode to air (every Friday), and it’s also been such a joyful experience because I watch it online with my friends.

Are you into Thai shows? Have you watched Sotus or 2gether? Do you have any to recommend? I hope everyone is doing well and that you’re keeping your minds occupied ♥